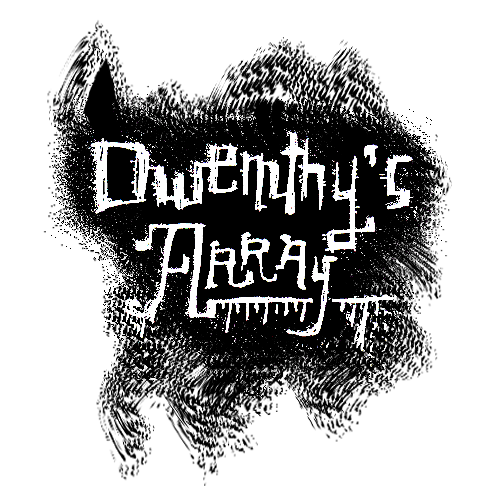 ...[just one miniscule tableau from why's (poignant) guide to ruby]...

You Are A Rabbit, UNTIL!

More on this code in a moment.

Please, never ask who Dwemthy is. Obviously he is a mastermind and would never disclose his location or true identity. He has sired dynasties. He has set living ogres aflame. Horses everywhere smell him at all times. Most of all, he knows carnal pleasures. And to think that this...

This is his Array.

A scalding SEETHING LAVA infiltrates the cacauphonous ENGORGED MINESHAFTS deep within the ageless canopy of the DWEMTHY FOREST... chalky and nocturnal screams from the belly of the RAVENOUS WILD STORKUPINE... who eats wet goslings RIGHT AFTER they've had a few graham crackers and a midday nap... amidst starved hippos TECHNICALLY ORPHANED but truthfully sheltered by umbrellas owned jointly by car dealership conglomerates... beneath uncapped vials of mildly pulpy BLUE ELIXIR... which shall remain... heretofore... UNDISTURBED... DWEMTHY!!!

Contrary to the ill-guided notions of certain introductory comics, DWEMTHY'S ARRAY is not a mind puzzle. It is a short 60 line role-playing game that is played with Ruby metaprogramming. The game comes from chapter six of Why's (Poignant) Guide to Ruby.

If you don't understand Dwemthy's Array, it is Dwemthy's fault. He designed the game to complicate our lives and were it simpler, it would not be the awe-inspiring quest we've come to cherish in our arms this very hour.

Enough Elaborate Metaphor And Sly Juxtaposition, GIVE US THE CORRESPONDING CODE!

To play, you must have Ruby (the beloved programming language) on your computer. If you don't, you must leave Dwemthy's Array immediately and never speak of it, except with your legal guardian to whom your life is entrusted. If you need Ruby, please visit The Tiger's Vest.

Tread carefully — here is the code for DWEMTHY'S ARRAY!!

You may certainly tinker with derivations on this rabbit. But official Dwemthy Paradigms explicitly denote the code — and the altogether character — inscribed below.

You have four weapons. I shan't describe them further.

You cannot just go rushing into Dwemthy's Array, unseatbelted and merely perfumed!! You must advance deliberately through the demonic cotillion. Or south, through the thickets and labyrinth of coal.

For now, let's lurk covertly through the grotto of sausage smells. And defeat the ScubaArgentine.

To get the fight started, make sure you've created one of you and one of the ScubaArgentine

Now use the little boomerang!

For crying out loud!! Our sample rabbit died!!

Grim prospects. I can't ask you to return to the rabbit kingdom, though. Just pretend like you didn't die and make a whole new rabbit.

The Harsh Realities of Dwemthy's Array AWAIT YOU TO MASH YOU!!

Once you're done playchoking the last guy with his oxygen tube, it's time to enter The Array. I doubt you can do it. You left your hatchet at home. And I hope you didn't use all your bombs on the easy guy.

You have six foes.

These are the living, breathing monstrosities of Dwemthy's Array. I don't know how they got there. No one knows. Actually, I'm guessing the IntrepidDecomposedCyclist rode his ten-speed. But the others: NO ONE knows.

If it's really important for you to know, let's just say the others were born there. Can we move on??

As Dwemthy's Array gets deeper, the challenge becomes more difficult.

Fight the Array and the monsters will appear as you go. Godspeed and may you return with harrowing tales and nary an angel talon piercing through your shoulder.

Oh, and none of this "I'm too young to die" business. I'm sick of that crap. I'm not going to have you insulting our undead young people. They are our future. After our future is over, that is.

mystify your friends... AND YOURSELF!... by learning the secrets of DWEMTHY'S ARRAY in why's (poignant) guide to ruby the internet book of leisurelearning. come on, it's right there.